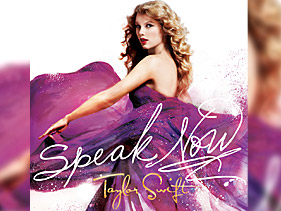 No other album sold even 100,000 copies this past week, as major labels avoided releasing other artists’ albums in the same week.  Is that a testament to Taylor Swift’s talent?  Or is she still enjoying a blissful combination of timing and good PR?  It’s no secret that her awards and chart success didn’t start coming in until after Kanye West famously stole her moment at the VMAs.

It’ll be interesting to see what happens when Kanye’s next album My Beautiful Dark Twisted Fantasy comes out, scheduled to be released November 22nd.  However, even before public backlash started for his now most infamous ego-trip, Kanye never sold one million copies of any of his albums in its first week.

In fact, in the last 10 years, only Taylor Swift and six other artists have accomplished that feat:

Obviously, album sales have been hurt by the Napster revolution and the growing availability of illegal music online.  But just how difficult has it become to successful move one million units in an album’s first week?

Well, not even Shania Twain’s Up! in 2002 or Outkast’s Speakerboxx/The Love Below in 2003 had first week sales of one million copies, though both have sold over 15 million copies since their release.

Is there hope for album sales to ever get back to where they once were?  Probably not.  But if someone like Taylor Swift can still sell a million albums in one week, then there could be hope for the music industry yet.