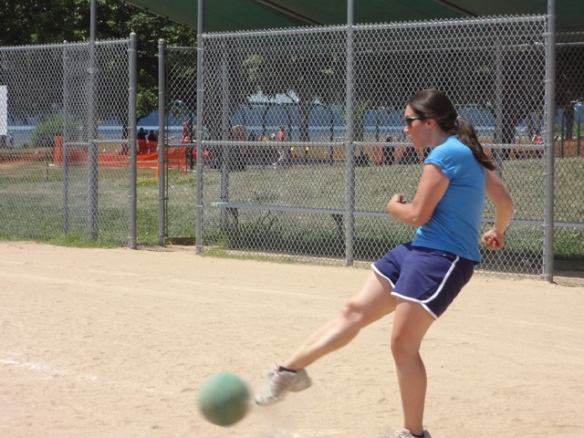 Mitch, who umpired the game, wrote a summary of the day’s events. It was a little ridiculous because most of us hadn’t played kickball since grade school, and the heat was rough, but we had fun. Team @Ev won fairly, 18-15, despite a controversial call in the bottom of the last inning. I threatened to go Ron Artest on Mitch, and he threw me out. (Not seriously.)

Most people brought refreshments, and we also enjoyed having cheerleaders in Sunny (she took most of the photos), Katie and “Little Man.” All in all, it was a great time.